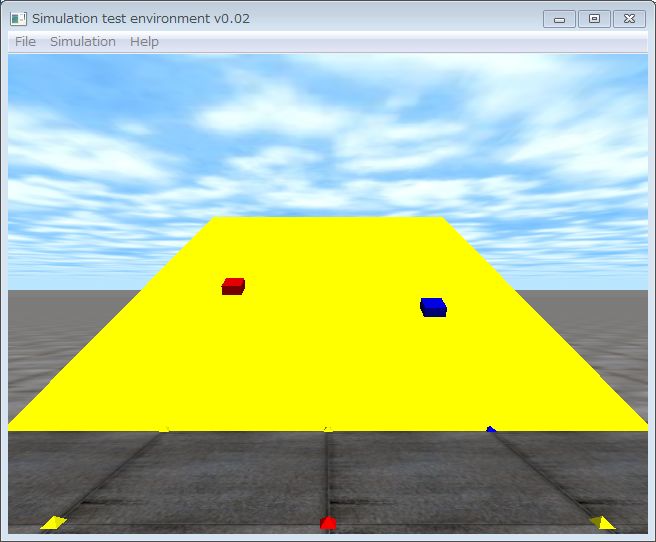 This is the 12th ODE (Open Dynamics Engine) tutorial.

This tutorial explains a friction. Many people have already learned the friction in high school. The friction model is the following equation.

1. Constant force limit
The  coefficient of friction  μ is modeled as of the maximum friction model. This is not accurate physics model, it is, however, computational cost is the lowest.

2. Friction pyramid approximation
The friction cone is modeled as the friction pyramid. This model is more accurate compared than the constant force limit. If you want to use this model, you must set the dContactApprox1 flag.

The following program shows how to set the friction model. In line 17, if a geometry is box[0].geom,  the dContactApprox1 flag is set.  Otherwise, the constant force limit modes is adopted.

In the sample program, gradually increasing the angle of the slope, the two boxes begin to slip at the different angle. Coefficient of friction is set to 1, so, theoretically the box begins to slide at 45 degree. The friction pyramid approximate model (the red box on the left) begins to slip at about 45 degrees, and the contact force limit model begins to slip more low angle.