This page is mainly translated from http://demura.net/archives/9ode by Babel Fish Translation. 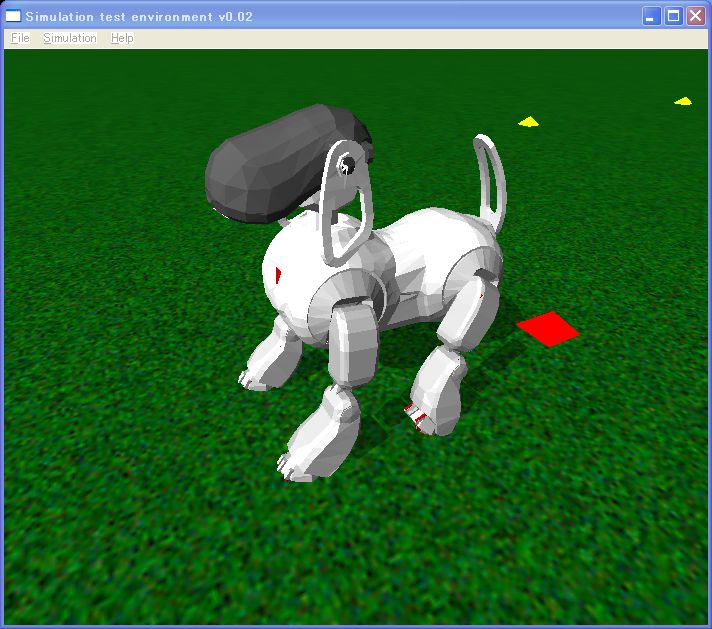 The AIBO simulator which was drawn up with ODE

4th of ODE tutorial as for time the installation with Linux will be explained.

From ODE 0.6,  its build system changes and the method of installing mingw, Linux and OS X becomes basically same and it is simple. The compiling install it was possible from the source as for my environment to be a little old it is as follows.

Furthermore, if with the environment of OS X the version of gcc was not increased 4.0 or more, it could not install. With my environment splash.

Tracing download which tothe left menu barof the web sight of ODEis, it downloads ode-src-0.8.zip. You can aloso download ode-src-0.8.zip from here.In this tutorial, the file was downloaded into /tmp directrory.

1. Please start a terminal soft, such as the gnome-terminal,  xterm, and so on.

2. Move to the home directory
$ cd

7. The execution of configure. I recommend to install ODE with double precision.
$ . /configure  –enable-double-precision 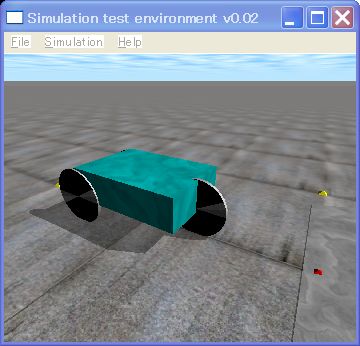 When the window of Simulation test environment v0.02 opens and the buggy is indicated, it is success. You can manipulate the buggy as follows.