This page was maily translated from http://demura.net/archives/9ode by Babel Fish Translation. 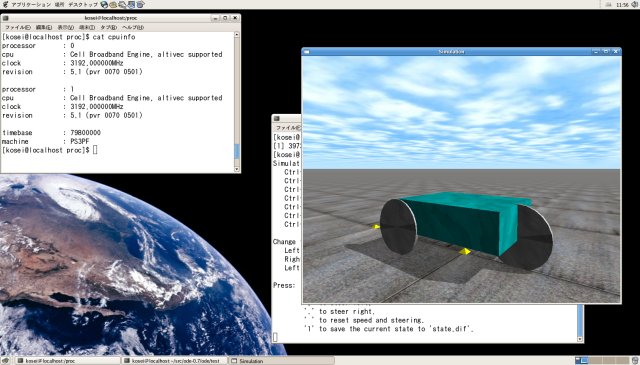 A screen shot in figure Yellow Dog Linux 5.0 for PlayStation3: Cpuinfo is indicated in the terminal the left. Cell Broadband Engine is recognized 2, it is found that machine is recognized PS3PF.The standard window manager of YDL is Enlightenment, but it has modified in gnome.

The Yellow Dog Linux which cuts the predecessor in one for PS3 5.0 (YDL5.0) free download (English) edition was used in the distribution of Linxu. TheMomonga Linux(20061217editions) being to try before YDL, it does, but why firefox without starting it cries the problematical point which falls immediately and because is not sound, you abandoned that it cries and uses. The Momonga Linux is the unique distribution which succeeds the will of  Kondara Linux which I regularly use at one time.  A lovely momonga  is large popularity even in the kid. You will expect to future!

Well, because as for the method of installing Yellow Dog Linux 5.0 to Playstation3 super being simple, the detailed explanation with FIXSTARS is a web sight below, please view there. Including also preparation, and the like if there are also 2 hours, you think installation that it ends. In case of me, in 10GB and one for Game OS it guaranteed the hard disk territory of 50GB in one for Linux, 1GB guaranteed the swap territory of Linux.

2. Enviroment for software development in order to move ODE it sets

As for YDL5.0 when installing it is not possible to choose the package, with just that cannot move ODE. ODE it meaning that GLU which is the utility library of OpenGL is necessary, must install that package and must set the setting file xorg.conf of X Windows.

3. The installation of ODE

The installation itself of ODE completely is the same as normal Linux. Please read my page below. 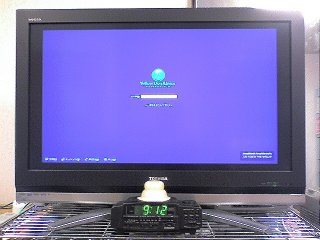 The television of full hi-vision of the home the computer (PS3) as for becoming the picture very is refreshing. However, being not to be able to use the hardware acceleration of OpenGL at present, in order to use ODE, it is not practical. In addition, being memory to be only 256 MB, when you use GNOME and the like, it is rather heavy, is. Furthermore, the POWER PC interchangeable main processor core PPE which has been utilized with YDL is the feeling such as CPU before the generation bodily sensation.

The negative thing was written, but advanced numerical operational core SPE of the CELL processor (Synergistic Processor Element) you use and being to be, the truth of PS3 you are enormous, it is not found yet. When in the future, problem of OpenGL support and the application which utilizes SPE arise, as for PS3 personal it is not to become the super computer, probably will be? It meaning that also price is approximately 60000 Yen with the hard disk 60GB on-board model, it is good bargain. For the time being we would like to keep using as the computer for education of child. When Linux is inserted, with standard it meaning that Game OS does not stand up, it can also avoid the game doing too much of child, for the pad it is grateful, is.