News: Happy mini, our human support robot, is the 3rd place in sympathy and 5th place in design rating in the @Home league in RoboCup2016 Leipzig by the research of Eva Jahn as shown in this web site.  Many wonderful robots, such as Pepper, HSR, R1, SocRob, Amigo, Tiago and so on, participated in RoboCup@Home2016.

The happy mini team, our former team name was demura.net, has been participating in the RoboCup@Home league of the RoboCup Japan Open since 2012, and participated in the RoboCup 2015 and 2016 world competition. The team got the 9th and 8th places in the competition, respectively.

The vision of the happy mini team is “Making the World Happy by Making a Kawaii Robot.” “Kawaii” means cute, lovely, or charming. We think that the kawaii robot can solve problems of an aging society in Japan, robots in the RoboCup@Home league should be more kawaii. Happy Mini as shown in Fig.1 is designed in the image of a little child with a lively yellow color. Happy Mini is considered to be the first kawaii designed robot in the RoboCup@Home. The software system was based on ROS, and the state of arts frame works such as Caffe, Darknet, Digits, Hark, Kaldi and so on.

The design concepts of  Happy Mini are Kawaii (lovely, cute), simplicity, safety,  and usability.    Kawaii is the most important aspect of human-robot interaction for Mini. Mini is an infant robot, and the ability is limited as well as other robots in RoboCup. So, Mini needs the help of human, that is why kawaii of appearance and voice is crucial for Mini. The exterior of Mini is roundish and lively yellow as shown in Fig.1. The technical information of these robots is described in our team description paper(TDP2017HappyMini-final-0312-2314). 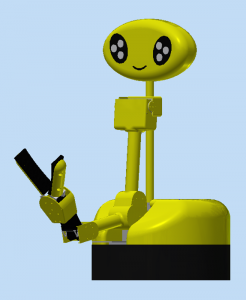 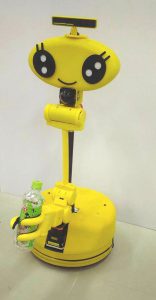 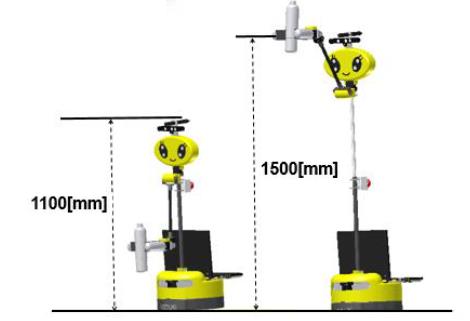 The real-time object detection deep neural newtork, YOLO (You only look once) is used for person detection as shown in Fig.4. The algorithm is very fast compared to other DNNs and robust. 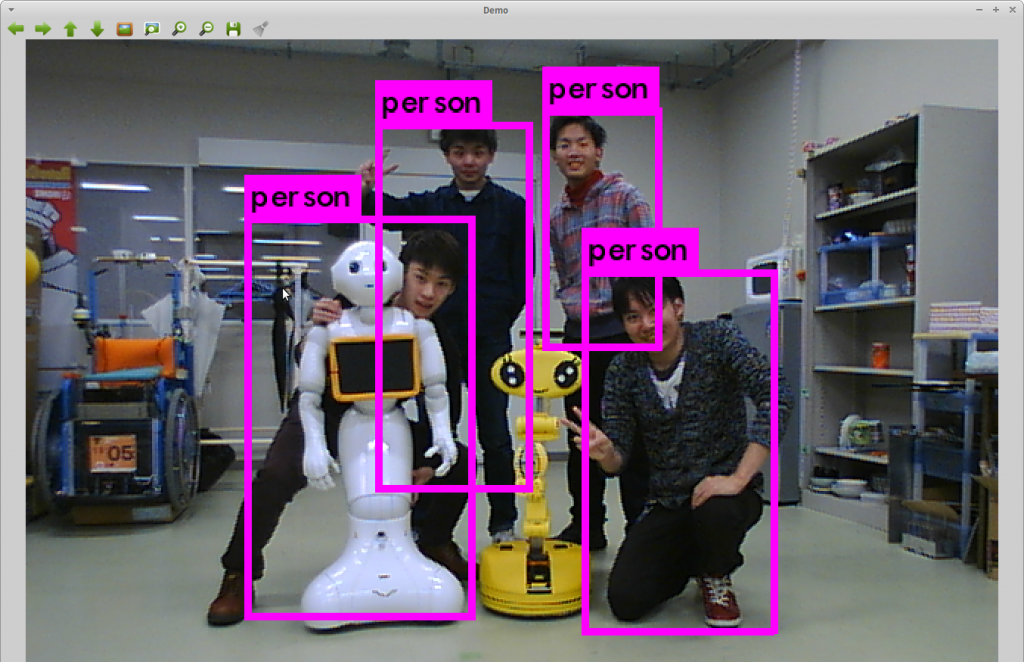 The sound source localization system is implemented using the robot auditory library HARK. The HARK easily be programmed by GUI as shown in Fig.5. The system takes multi-channel speech waveform data from the 8ch microphone array, calculates FFT and estimates the sound source direction by the MUSIC method. 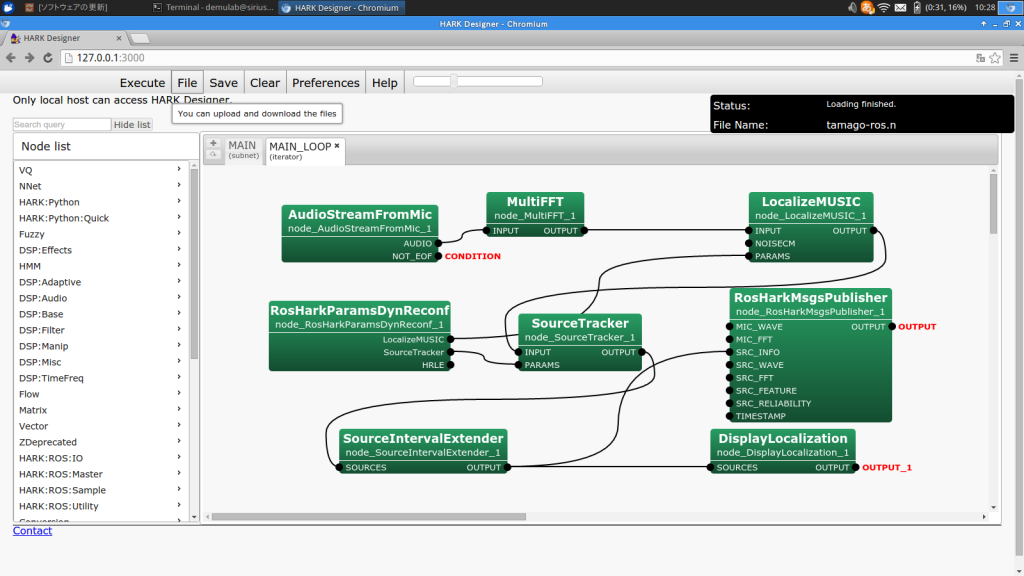 Simulator: We have developed the Happy Mini simulator using the Gazebo robot simulator as shown in Fig.6. To make the 3D Happy Mini model in the simulator, we described the URDF (Universal Robot-ics Description Format) file and imported 3D meshes from the 3D CAD data. MoveIt! is easily applied to the 3D model described by the URDF 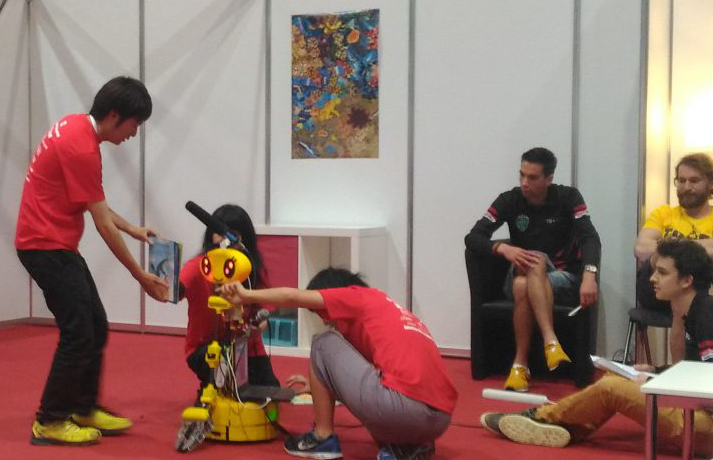 The first system uses the Kinect V2 sensor as shown in Fig.8, and the second system uses the 3D Rolling Lidar developed by demura.net as shown in Fig.9. As far as our knowledge,  it is the most advanced technology to detect small difference in level for a wheelchair size robot.    Developing the small difference level detector for a commercial wheelchair and a mobility scooter for elderly, and applying the technology to a human support robot is our near future work.

Fig.8  The results of detection of 30 [mm] difference in level by the Kinect V2.

Fig.9 The results of detection of 25 [mm] difference in level by the Rolling 3D Lidar